"Parts of something bigger..."

Michael Gulin is one of the most edgy representativeson Minsk art scene. His provoking artworks with all glitter and attractiveness of commercial fetish, along with an active strategy of appropriation primarily from mass culture – all this makes critics define him as a pop art artist. Meanwhile, he is not the one at all. “Parts of something bigger...” project reveals to a full extent   conceptual foundation of his art and at the same time gives a reason to speak about a “double game” made by neo-popand conceptual art.

The double game starts with the name of the exhibition, which can be interpreted in different ways. The phrase “parts of something bigger...” can be understood as a fact that we are all a part of something bigger in a metaphysical sense, and that the artworks exposed in the gallery are a part of a more large-scale project. Both a verbal message and visual art play essential roles in this project. Moreover, the word acts as a mentor, a force which determines our perception. The project is aimed directly at this phenomenon – art inside of a context, art subordinated by a context. Images by themselves often don't represent any objective value. This value or significance emerges when they are connected with a context. The artist doesn't need to create anything, he can just use a universe of contemporary visual culture as a field of operation. As we can see, in most cases Gulin works with already created images. In this sense, his acquisition strategy fully matches the term “art of appropriation”.

The images remain themselves, but if the context is changed , unpredictable inversions of the sense occur in the project. These inversions are based on three basic oppositions: concealed/obvious, mercantile/non-profit, and norm/perversion.

The pair “mercantile/non-profit” should be considered separately, since the position of the artist here is the position of a double agent: on the one hand he is engaged into radical forms of critical conceptual art, but on the other hand, he creates images which to a full extent possess characteristics, attractiveness and temptation of the initial ones.  All rolled into one is both the criticism of fetishism and creating a new fetish; modus operandi of the arts market and  predictable “big beauty” itself are constructed according to its rules.

Michael Gulin displays a loss of essense (or gradual сrash) of figurativeness itself by operating secondary images in his project “Parts of something bigger...”. In order to reveal this fact over and over again he uses methaphors, direct distortions, fine travesty and other forms of ambiguity. Fluidity and deception can be found in every single artwork at this exhibition. No matter it is either artworks of Renaissanse or modern animated characters, they are all one, disclosing mediation of our perception, unconcious dominance of a cultural code which always determines our response. The project draws our attention to the things implied, which are perceived literally, to the fact that clear ideological statements always refer to their dark doubles, a different improper and not publicly aknowledged message “between lines”. 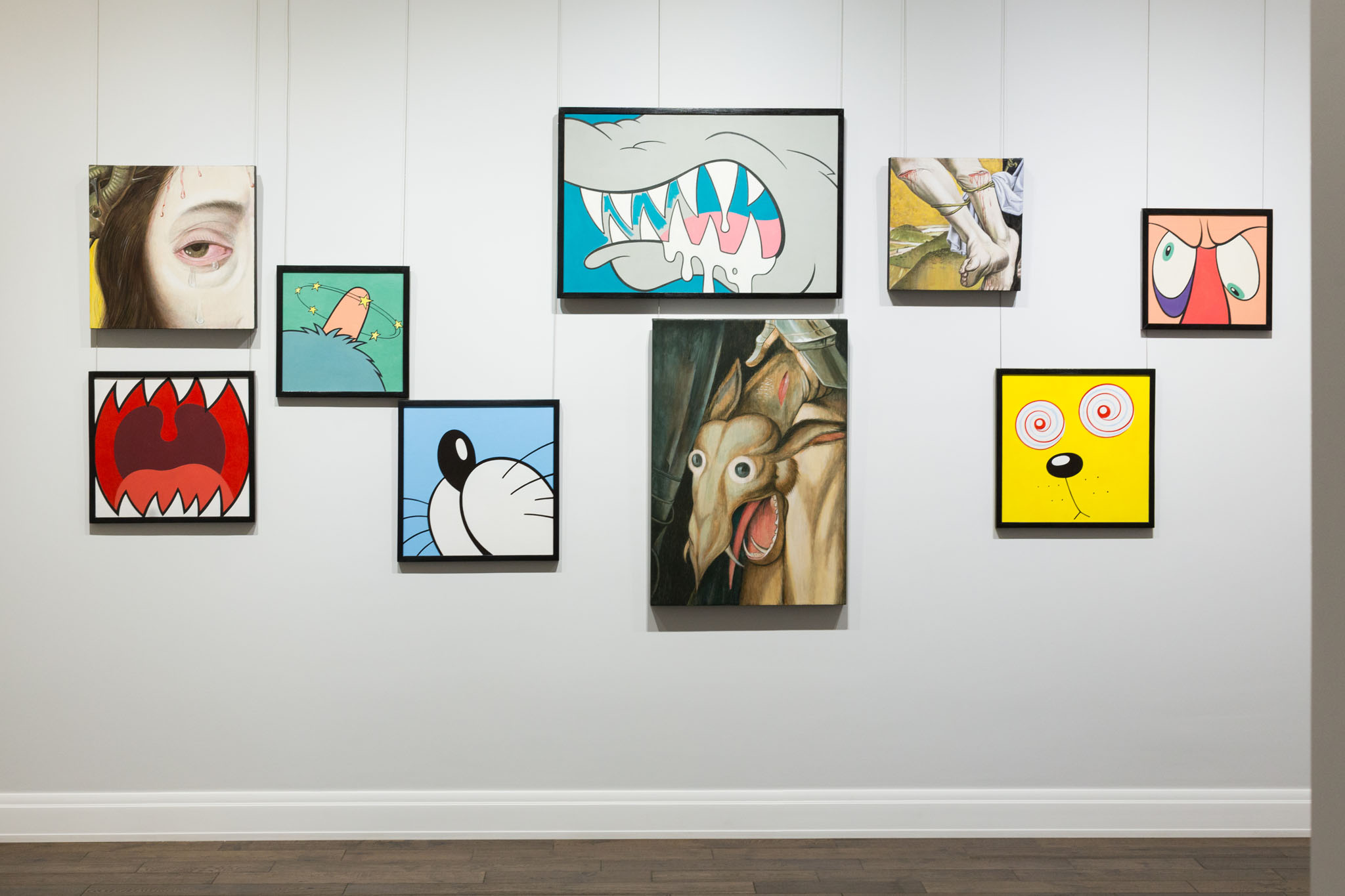 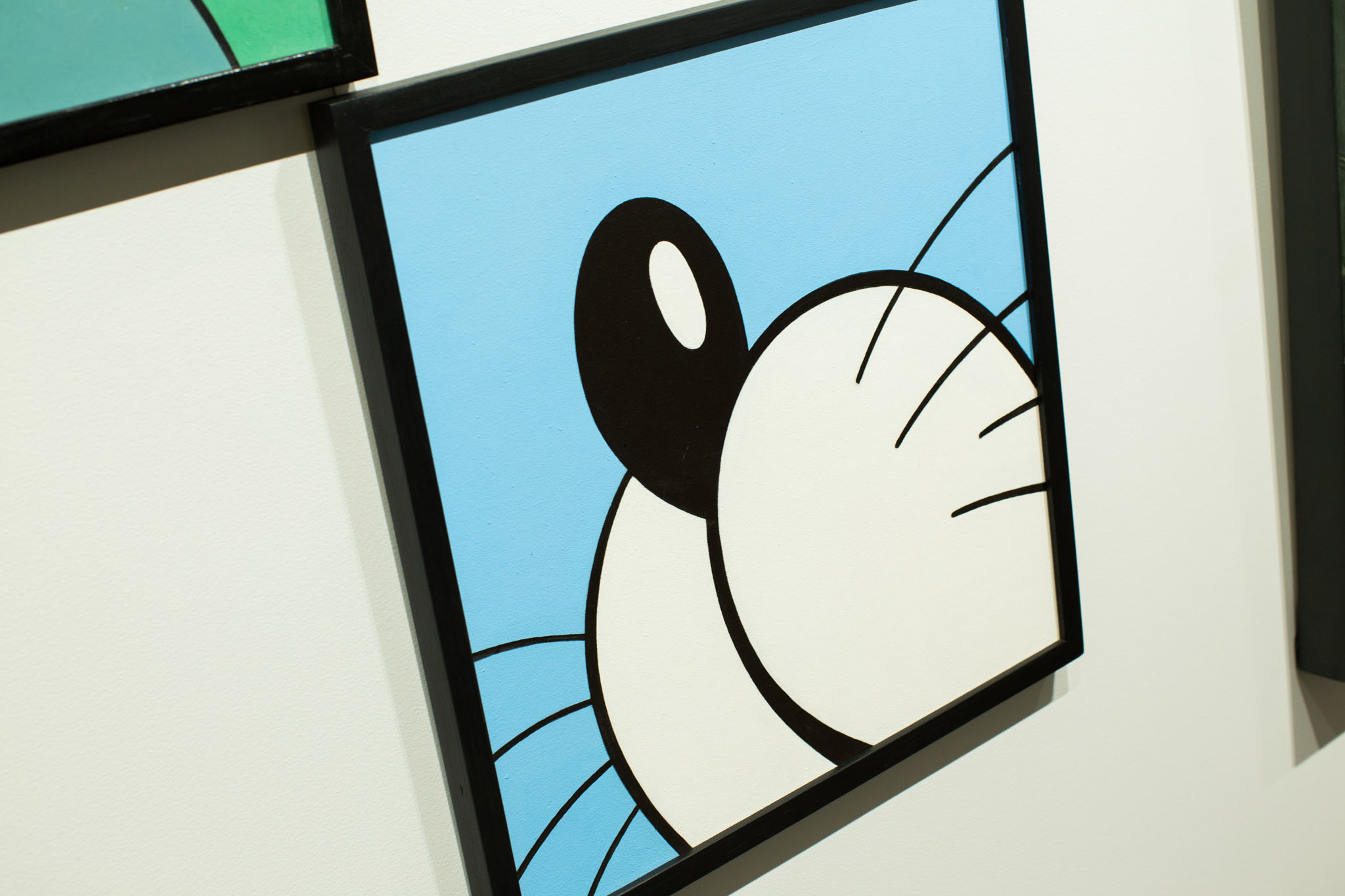